(First of all sorry for the last weeks. You may have noticed that I (Lenja) was away for the last six weeks with almost to no Internet, so Janet had to manage everything on her own. And she also was away for a couple of weeks. So huge THANK YOU to Janet.
But from now on everything should be back to normal.)

When we were in Copenhagen we also did one of the Hop on Hop off boat tours. We had read a lot about it on other blogs and were really excited about it.
The wheater wasn’t really good that day and almost to no people apart from our class were using the boats so we had it all to ourselves.
Luckily they passed rainponchos around so we didn’t get too wet.
Our first part of the boat trip was again through Nyhavn. You have already seen it by Night. 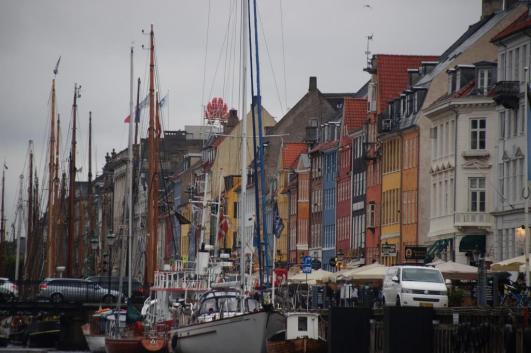 Although the sky was so grey all you could see were colours. All the houses and tiny cafés/bars.
Seeing it from the waterside gave it a whole new impression and it made me like it even more.

On that day not many people were around in general and the city seemed to asleep. Probably due to the wheater. Although later on in the day it improved.
But I don’t think it always has to be bright and sunny. There is just something beautiful about a dark sky over a city. 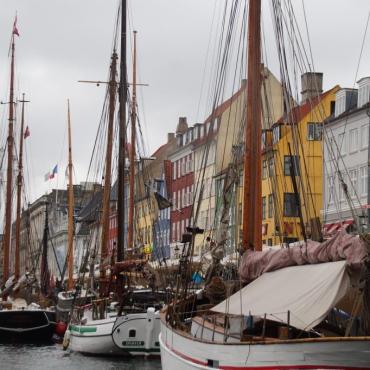 I love to be on the water. There is always some part of me that feels free. So this was the perfect thing for me to do.
But I would recommend doing such a Hop on Hop off to anyone. It is just a good way to go around and you can get off and on whereever you want and just explore the city.
You get the opportunity to see things you wouldn’t from the land. 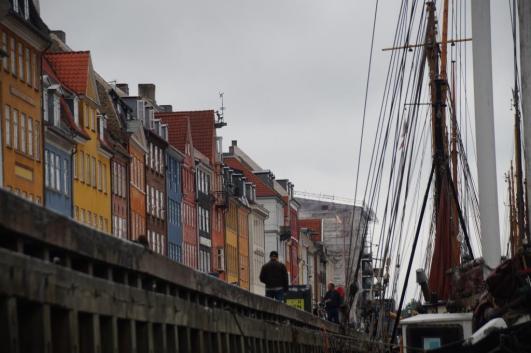 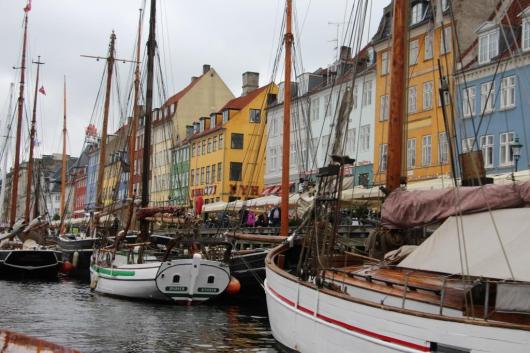 There were all these big boats and some sailing ships. Did I ever say that I went sailing once?! What about you, did you ever go?
It was honestly one of the best things I’ve ever did. I loved it so much and will definetly do it again!!

Wouldn’t it be so nice to own a small boat to go explore the city whenever you want?!
I hope you enjoyed this first part of our boat tour and check out our other post about Copenhagen. (Louisiana, The Marble Church , Walking Tour , Little mermaid , First Evening ) 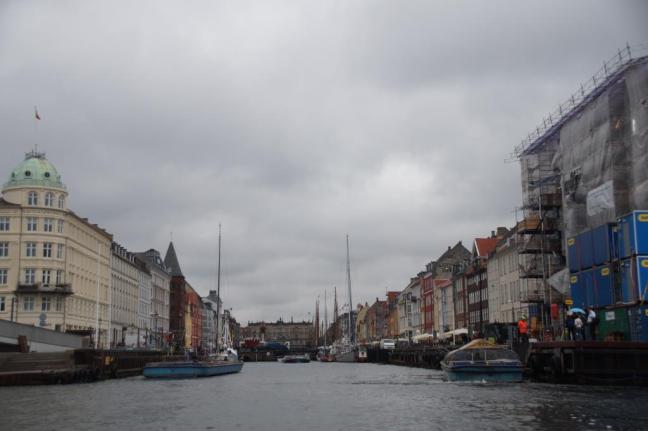 See you soon at our next destination!

One thought on “Hop on Hop Off I – Copenhagen”

Shout it out! Cancel reply